The Gaming of the Blogs - 2015 Fantasy Draft Retrospective

One question we at Isos Technology are constantly asked about is how we get so much participation in authoring blogs. People scratch their heads trying to figure out how we are able to keep every member of the Isos team active in blogging in addition to their regular activities and obligations. At the end of the day, it comes down to creating a blogging environment that is engaging, making everyone feel their contribution is important and providing tangible rewards, as well as an entertainment factor. This is why we approach our blogging efforts from a gaming standpoint. For insight into the general approach, have a look at these blog entries:

Gamification is great because it feeds into general competitiveness and goal fulfillment while promoting social aspects of company culture. The problem with games is that people have different tastes. What appeals to one person may not appeal to another. Over the course of a year, people may also grow tired of a game they were excited about at the beginning of the year.
To combat loss of interest in gamification, we change the game up each year. In 2014, the system used raw points with complex, built-in weighting and balancing to provide a dynamic structure over the course of the year (as a side note, I am notorious for crafting complex rules systems, a carry-over from my days writing d20 products). Some people liked this system, though others definitely didn’t feel the love.
In 2015 the game was completely overhauled. First we changed the point system. The multipliers and balancing system was completely scrapped. The second change was the creation of two blogging teams. David Wierbiki and Justin Freeman were made team captains after their perfect record for blog submissions in 2014. Statistics were compiled from the 2014 results, and a fantasy draft was held. This added a more collaborative dimension to the game. Averaging was done across rounds, as well, to determine the winners for the year. This was done to give new employees a fighting chance at winning everything even if they were hired later in the year.
Overall, things worked out very well. Most people stayed engaged for the full year, and almost everyone wanted to carry on the game in 2016. Averaging across rounds definitely afforded new employees a chance to win big. We also learned that the cup portion of The Stanley Cup trophy we put the overall winner names on each year can hold more than a pint of beer.
Given the success of the 2015 game, you might be wondering if we are using the same game in 2016. The answer to this is no. While it was very successful, you have to keep things fresh. The general scoring model is going to remain the same. The game wrapped around it, however, is going to use a casino theme. This gives interesting ways to figure out winners, get more points and plan award events throughout the year.
We hope you enjoy the fruits of the game this year.

Oh, you probably wanted to know about the winners. We had three categories for 2015: (1) All Submissions (2) Overall Points Average (3) Winning Team 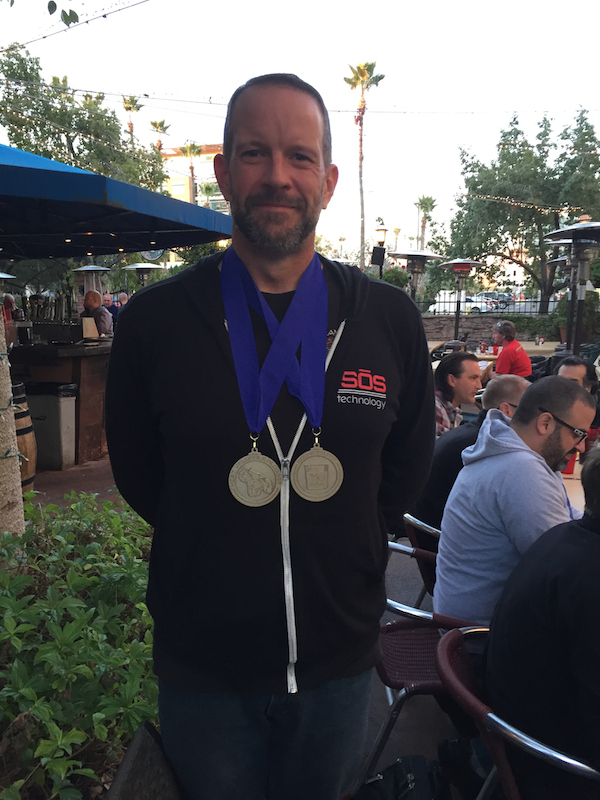 In the all submissions category, the winners were:

For the overall points, the winners were:

The winning team was Team Wierbiki, which consisted of:

0 replies
DevOps Enthusiasts... Devour! Why Jira is turning out to be so valuable to non-technical project teams