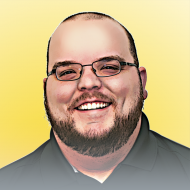 SaltStack from a Puppet Person's Perspective

Before I get into the discussion allow me to introduce myself. My name is Andrew Yarrow and I’m a member of the Isos Technology Atlassian team. Prior to coming to Isos, I spent a few years working for a software development shop, starting as their Mac support person and adding on responsibilities as time went on. While there, we selected and I started to learn about configuration management using Puppet. I thought I’d take some time to share with you my thoughts about SaltStack vs. Puppet.
The overpowering thought when I start to think about SaltStack vs. Puppet is you can’t go wrong with either one. The only way you can go wrong in this day and age is to not use a configuration management tool. If you aren’t using one, then you are clearly still treating your servers as pets (https://blog.engineyard.com/2014/pets-vs-cattle) and I would strongly advise you to humanely put down your pets and get into the cattle herding business!
Lets start by talking about why we chose Puppet in my previous life. At the time, I was working with a senior engineer who was very comfortable working with Puppet and felt that the syntax lent itself more to learning for a newbie. The documentation and community were well thought out and easy to navigate and they had a pretty robust “Learning” module by way of the Puppet Labs Learning VM (https://puppetlabs.com/download-learning-vm-b). I spent a couple of hours going through the Learn sections of puppetlabs.com and was off to the races. Another reason for choosing Puppet, was that it was a mature project offering both an open source and enterprise versions. They seemed to be setup for success.
Fast forward to today, and I’ve set out to learn SaltStack in my time so far at Isos. My first step to learning SaltStack was to start reading the documentation (http://docs.saltstack.com/en/latest/index.html). Coming from the documentation provided by Puppet Labs, I have to say that the documentation from SaltStack is…awful! It’s dense, hard to navigate and hard to follow. Some of the documentation is very substantial and includes more information then you’d ever need, while other parts leave you looking for more information. As an example I couldn’t seem to find a quick and dirty section that discusses the differences between a pillar and a grain. These seem like simple concepts now that I’ve become more comfortable in SaltStack, but would be worth an introduction earlier in the documentation.
There are a few other resources out there that I can recommend for learning SaltStack and to get questions answered. First, I found a great book (http://amzn.com/1784394602) on Amazon that breaks things down in a much more organized manner than the online documentation. I also found that for questions, the Salt IRC Chat (https://www.saltstack.com/resources/community/) is very helpful despite the one or two salty people in it. Most of the people there are very responsive and willing to discuss your questions. Here are a couple of other resources that I’ve found invaluable:

After reading through the book and pushing to write up my first state, I really want to give kudos to the people who have devoted their time to SaltStack. It seems like they took some time to study some of the other configuration management tools and they’ve incorporated a lot of stuff. Here are some of the useful and cool parts of Salt that I’ve discovered so far:

There are a couple things on the horizon for me related to Salt that I’m chomping at the bit to tackle.

These are my initial thoughts after spending a few weeks with SaltStack and I look forward to more in the future. I hope to see any SaltStack converters on the IRC channel!