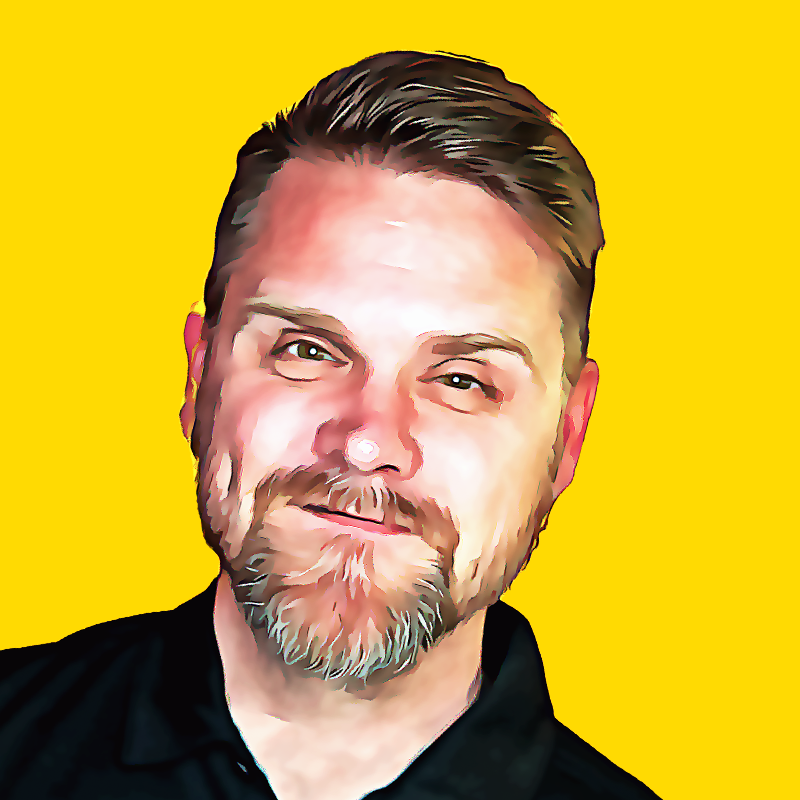 With Apple’s introduction of Retina Displays (for the purpose of having enough of a concentration of pixels where, typically, no one can see pixilation occurring), more companies have been creating displays with significantly more than 72ppi. Because of this, websites that have graphics built at the standard 72ppi are beginning to look rather off.
The reason that standard graphics look off on standard displays is that the pixels in the images are interpolated, meaning more pixels are added in order to compensate for more ppi.
There is a standard way to resolve this and that’s to add retina-sized images (which is usually accomplished with an image that is twice as big and setting it to 50% of the size in image tags.) Then to keep from punishing non-retina displays with image load time, JS logic and/or media queries are also added.
If a graphic generally has straight lines (more-so vertical and horizontal lines, like a QR code), one solution is to keep it small and make sure the pixels are all in alignment. For QR codes, make each square a pixel, and then size it accordingly in the image tag.
I don’t see many practical uses for that outside the QR code. But there is a solution that is better than either of these:
Create your own SVG web font
You may be thinking, “Wuuut? OMG LOL.” But it’s a perfect solution that’s not really talked about, probably because the cost of font creation software is ridiculous. The justification is now here with IcoMoon.
Check it out:
{ } d 5 4 8 2 9 1 X » > < ^ v g f w r l m b k B t h p T L J ° [ ] ( ) D | - / * C F W • 0 E R M A P i s o ! " « 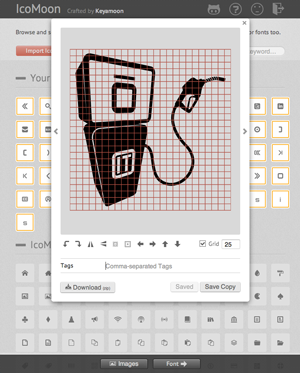 IcoMoon allows you to build your own font using SVG graphic you create in Illustrator. Simply put, you can:

The benefits to using a font for your images (besides being crisp on Retina displays) are:

IcoMoon even creates a logical way to display your icons by creating CSS (along with the font and sample HTML files) that you can easily toss into your site.
Oh, and it’s free. That makes me feel the happiness.
Sources:
http://www.newfangled.com/optimize_your_site_for_retina_displays
http://icomoon.io/