Weld North Education initially had two distinct engineering teams working independently in separate Jira and Confluence Cloud instances. However, due to a restructuring of engineering resources, they developed a shared set of projects in which staff from both teams needed to work. The need for a single, overarching Jira Software and Confluence instance soon became apparent: with shared projects in both instances, engineers had to log in and out of multiple systems to get their work done which led to confusion and delays.

Weld North Education’s IT procurement team identified Isos Technology as their partner of choice to merge their two Atlassian instances into one. The project included:

The project was successfully completed on time, with a minimum of issues. Grant McAllister, Project Manager, Business Transformation Team at Weld North Education explains: “The number of issues our help desk responded to post-migration was significantly lower than with other software migrations and merges—within two or three days, every issue was completely resolved.” Other results include:

Download our quick-read case study below to learn more! 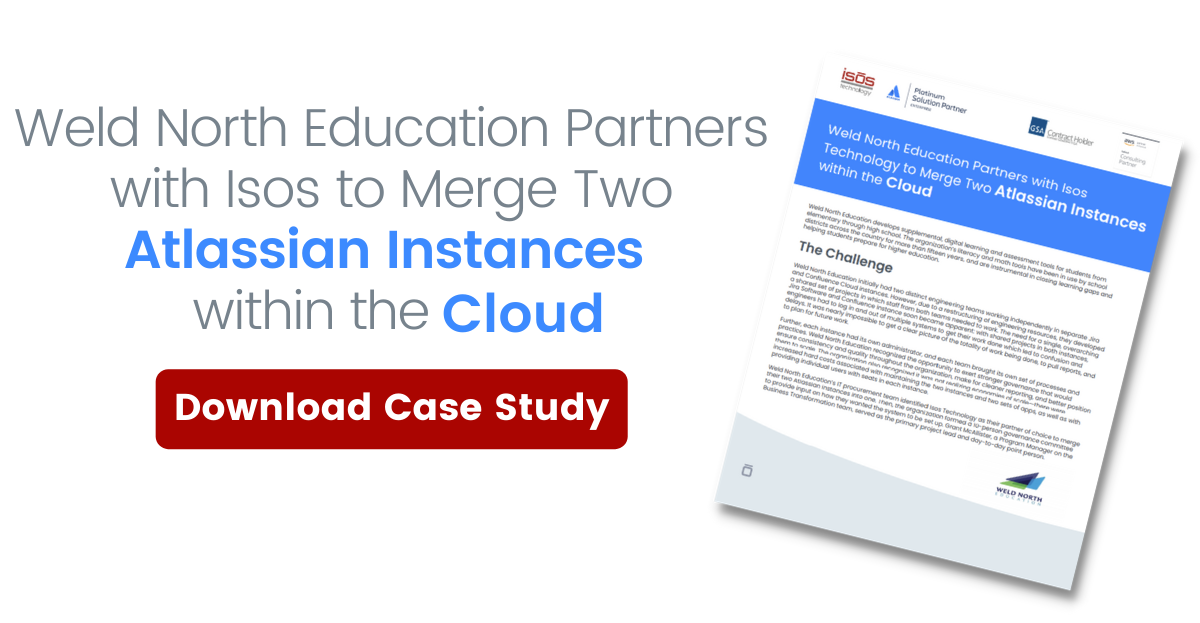